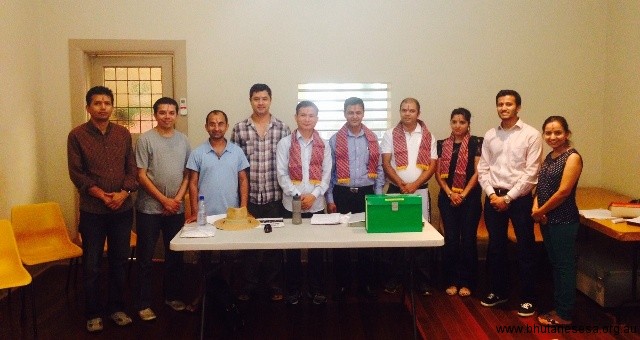 Newly elected chairperson, Kamal Dahal, expressed his commitment to serve the community at his best capacity and extended heartfelt gratitude to all the Bhutanese in ushering BAASA and introducing Bhutanese to Australian vast multicultural community and further anticipated good support and solidarity from entire Bhutanese community in SA and around the globe.

He also thanked the BAASA outgoing executive committee for completing their successful two years term, and taking BAASA and South Australian Bhutanese Community to a greater height. All the elected board members were allowed to express their commitment of community service, which each one of them accepted while expecting support and co-operation from all sections of the community.

Meanwhile, Lal Bahadur Rai has been elected as vice-chair of the organization. Similarly, other executives included Jai Narayan Bhandari as general secretary, Amber Chhetri as treasurer and Tika Katel as public officer.

Outing chairperson, Suren Ghaley, expressed his hope that the newly elected executives, comprised of all young, energetic, qualified and experienced members, will drive BAASA to a new height. He also asked each executive to work within the framework of the organization, and even handed over copies of bylaws.