After 17 years in a refugee camp, Sushil finally has a place to call home

Home /In the News/After 17 years in a refugee camp, Sushil finally has a place to call home 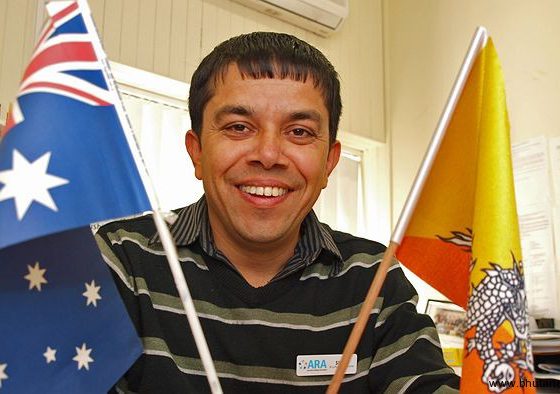 After 17 years in a refugee village in Nepal, Sushil Niroula has finally found a new home, and will proudly take the oath to become an Australian citizen this Sunday.

Sushil’s life began in the foothills of the Himalayas.

Growing up in a market village in Southern Bhutan, he enjoyed playing in the local forests and until around the age of 13 led the innocent, carefree life of a child.

With two older and one younger brother and one sister, parented by a single mother due to the early death of his father, Sushil’s family lived in a large house in Gola Bazar, with several of the rooms rented out.

The income provided the family with a comfortable lifestyle.

Sushil remembers the time around his seventh year in schooling as a time of great change.

During the mid 80s, the Royal Government of Bhutan introduced a unification measure, described as a ‘one nation, one people’ policy.

The multicultural population of the country was asked to adopt a national cultural dress, religious beliefs and customs.

“Socially, culturally, religiously, ethnically, everything in every aspect of life, they wanted the people of Bhutan to look [as] one,” Sushil said.

Bhutan was made up of three primary cultures from Tibet, Nepal, and India and Burma.

Sushil’s ancestors had settled in Bhutan, from Nepal, in the 1600s.

“The ruling class wanted to impose their ideas, their laws, their culture,” he explained.

Soon after the protests began Sushil’s brother began to attend the meetings.

Sushil said his brother was threatened and forced to leave the country.

“When my brother left the country, my family became targeted.”

He and his mother began to receive nightly visits from the government’s police and army, encouraging them to follow his brother and leave Bhutan.